The Arizona Region congratulate two movers and shakers in the volleyball world.

The Arizona Region of USA Volleyball is so fortunate to have coaches willing to help athletes achieve their full potential.

Two standouts are Ray Lewis and Taylor Stallman who are both headed for bigger and better in their own careers. 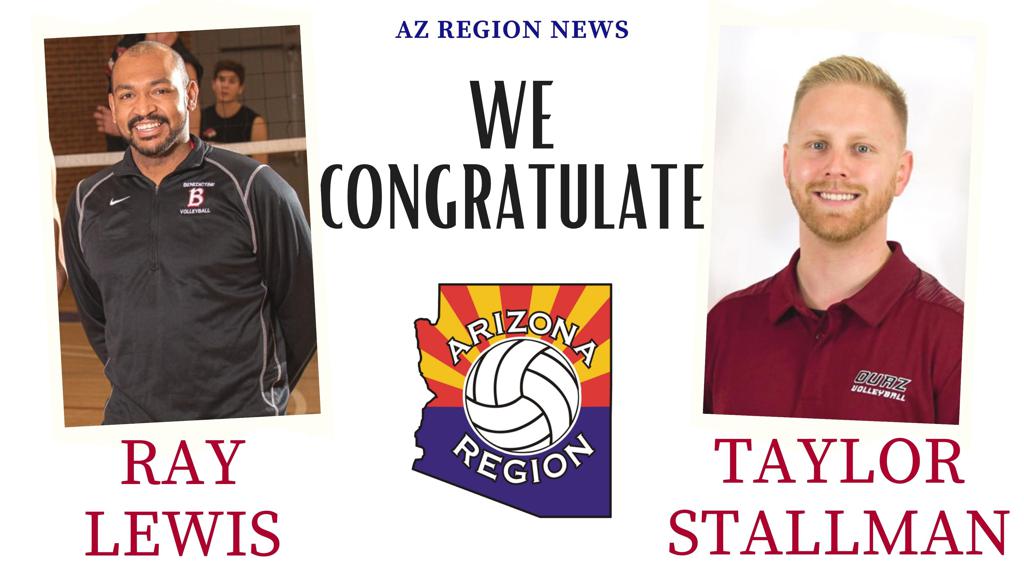 The Arizona Region would like to congratulate Ray Lewis on his new coaching opportunity at Central State University in Ohio. He'll be coaching both the Men's and Women's programs.

Ray guided, "the Redhawks to the University's first-ever National Championship, defeating Aquinas to win the 2019 NAIA Men's Volleyball National Championship. The team finished 26-4 on the season and featured four NAIA All-Americans, the NAIA Tournament MVP and he was named NAIA Coach of the Year. In addition, the Redhawks went a perfect 10-0 in the GSAC and Lewis was named Conference Coach of the Year."

Congratulations, Ray, and thanks for all you have done for volleyball in Arizona!

The Arizona Region of USA Volleyball would also like to congratulate Taylor Stallman as the new head Men's coach at Benedictine University.

Taylor has been a stalwart in the volleyball community in Arizona for years and we look forward to his next coaching chapter!