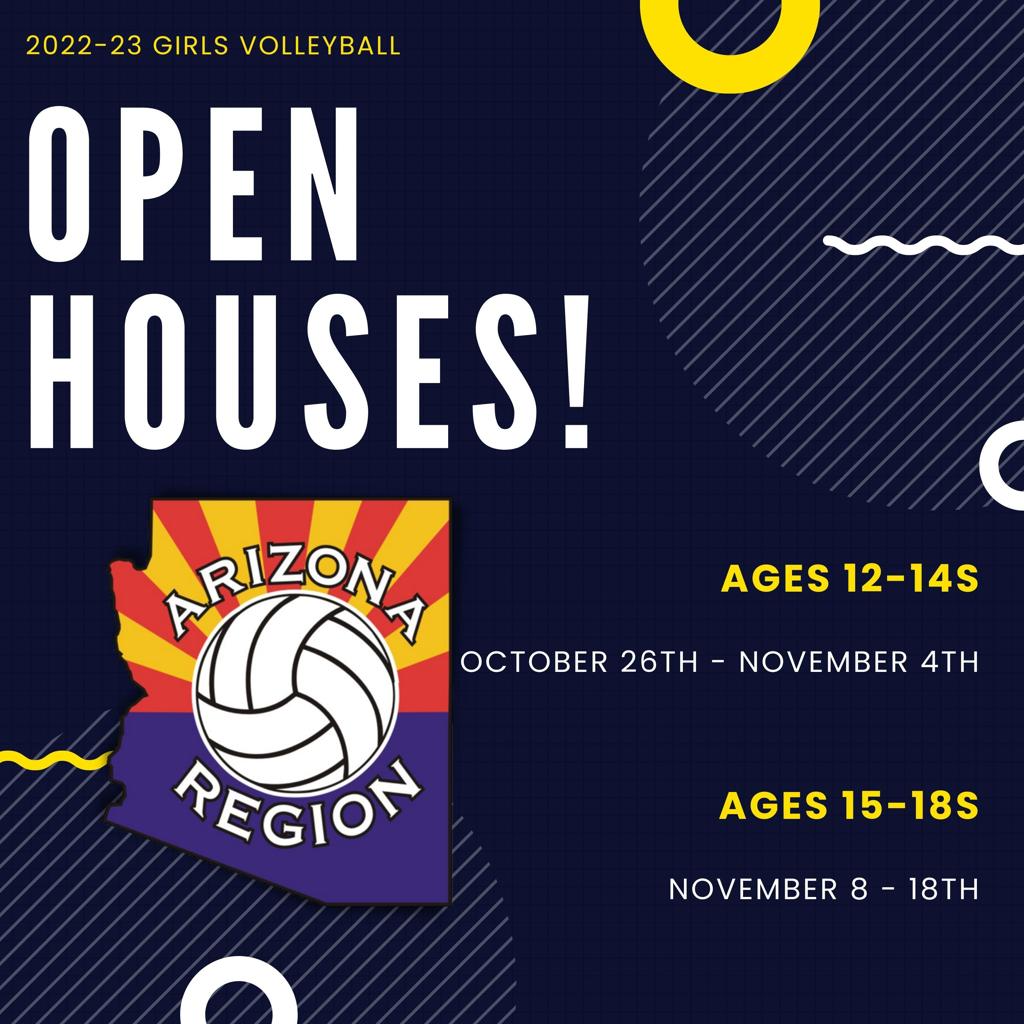 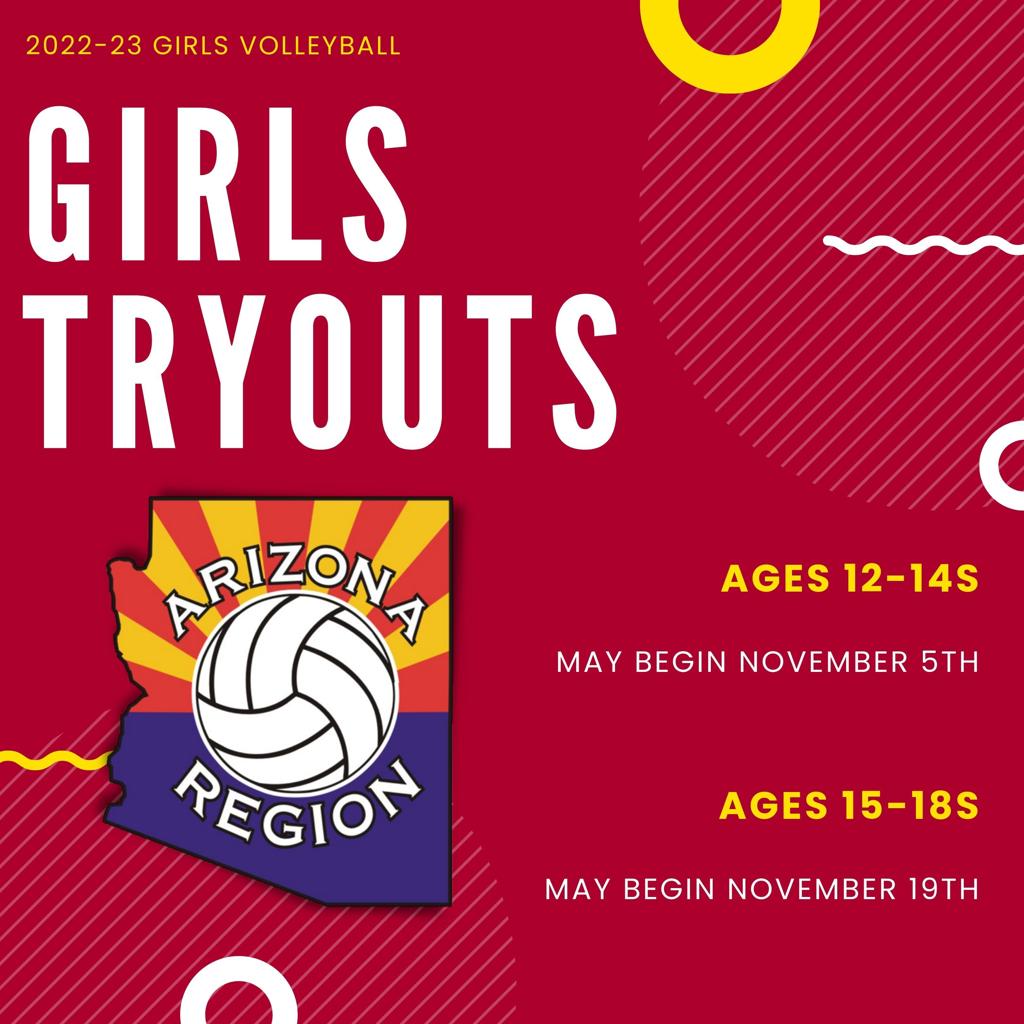 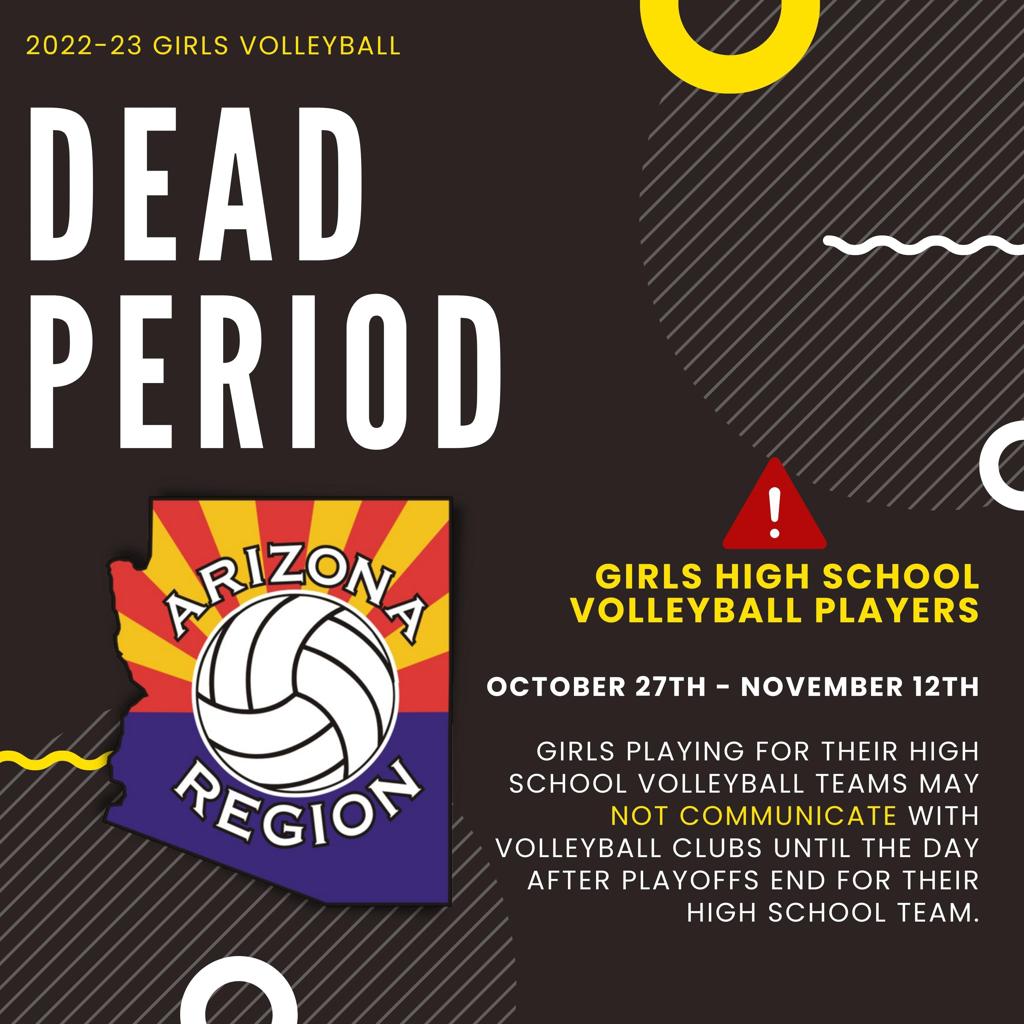 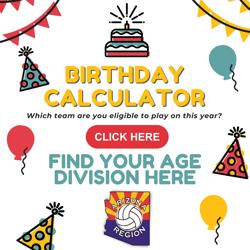 Junior Girls Club tryouts are listed for your information only (listings automatically expire 3 days after the 1st allowed day of 15U-18U tryouts). Each club has different policies regarding fees, travel, playing time, etc. You will need to contact each club directly for that information, we do not have it in the Region Office. Tryout dates for the 2022-2023 Junior Girl’s Clubs will be posted as they are received.

Pre-Tryout Requirement - All individuals must register or renew their Arizona Region membership online for the 2023 season PRIOR to the Open House evaluation sessions and Tryouts. You must provide the club with your 2023 membership card or PAID confirmation page that shows you have registered for the 2023 season in order to tryout with any club. Click here to go to Join the Region.  Please plan to purchase your membership in plenty of time prior to the needed date as there are some issues with the SportsEngine member management system that may cause some problems. 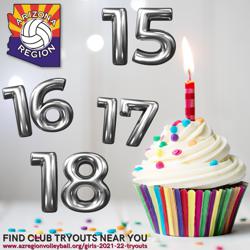 During the Open House Period a club may offer a maximum of 3 Open House sessions for each age group that is not more than 2 hours in length. The club MAY evaluate potential club members by running them through skills tests and physical tests, MAY talk to the players and their parents about their club and MAY let you know about what level you might fit into in their club. The club MAY NOT offer (verbal, written or implied) a player a position on any of their teams, MAY NOT collect any commitment fees or down payments to hold a spot on their team, MAY NOT ask a player for a commitment prior to tryouts, and MAY NOT require you to attend more than one Open House session at their club.

During the Open House Periods, private lessons are restricted for each applicable age group. No private lessons may be held for a player in the age group of the Open House period in effect. The “private lessons” were being abused by clubs to organize teams before tryouts and were also keeping kids from being able to attend other Open House sessions.  Any coach found in violation will result in the affiliated club being fined $300 per person per event.  If the coach is unaffiliated at the time, the club that hires them will be fined.

The Open House Period is for the player to find out the club they want to join PRIOR to tryouts. Remember that just because a club says they want you to join their club does not mean it is the right place for you. Ask questions, talk to potential coaches, watch how they interact with your player. There are pros and cons to big clubs and small clubs. Big clubs might have more to offer for a player on their top teams but not so much on their lower teams. Small clubs may offer a more friendly environment, may or may not travel, may be tied to specific schools or may not offer the age group of your player. Check out the FAQ's regarding club participation before you attend the Open House Sessions.

This normal verbiage for tryouts (below) is not for the 2022-2023 season due to the AIA State HS Championships. Arizona Region policy prohibits girls from trying out or committing to a club before the following: Ages 14 and under may begin tryouts on or after the first Saturday in November following the last State HS Championship match.  Ages 15 and older may begin tryouts on or after the second Saturday in November following the last Girls HS State Championship match. Girls in High School and participating on their school teams are prohibited by the AIA and the Arizona Region from participating in any Open Gyms, Clinics or Camps during the time beginning with high school competition until the team is eliminated from the Girls HS State Playoffs.

2023 Girls High School State Championships - The AIA has scheduled all of the Division finals on Saturday, November 12th.

Please do your homework before the tryout period begins. Call and talk to clubs and attend open house periods or clinics of clubs you are interested in (only if you are not in high school competing on a team or your high school team is done playing for the year - don't jeopardize your school eligibility to find a club).  Once a contract is signed, it is a binding document.

It is required for a coach in the Arizona Region to have in their posession a Player Medical Release form for each player on their roster at each event the team is participating - this includes practices, tournaments, scrimmages and any other event where the team is required to be together.  This form authorizes or does not authorize emergency medical care should a player be injured and the parent is not present.  This form is to be kept by the coach and not turned in to the Region.

COVID Waiver and Release of Liability

COVID 19 has become a part of our new normal in all aspects of our lives.  With this, the Region will not be collecting the COVID Waiver and Release of Liability form any longer.  It is assumed the parent and player are aware of the infectious nature of COVID 19 or any other infectious diseases and will make appropriate decisions for their family members to participate in the AZ Region volleyball sanctioned practices and tournaments.  The opportunity to play club volleyball is voluntary but does come with risks.

With the blessing of the NFL the state of Arizona passed concussion legislation that was signed into law April 2011. As a result all athletes and their parents must be educated in the signs, symptoms and what to do if you have a concussion. Coaches must also be trained regarding the same. In order to use school facilities for our programs and our tournaments we must comply with this new law. As a result the Arizona Region requires that each parent and player read their respective CDC Fact Sheet on Concussions and sign an Acknowledgement Form indiciating they understand the signs, symptoms and what to do if they think they have a concussion. The Acknowledgement form is to be turned in to the club with registration materials. No player will be put on a roster until this form has been received each season.

The Arizona Region in conjunction with the US Olympic and Paralympic Committee and USA Volleyball have launched their SafeSport programs. In Arizona each parent and junior player are to read over the SafeSport Document and submit a signed SafeSport Participant Form (Page 3 of the SafeSport Document) as part of the membership paperwork. These signed forms are to be given to the club to submit with the team registration. The document is the definitions of the 6 aspects of SafeSport - Bullying, Hazing, Harassment, Sexual Misconduct, Emotional Misconduct, Physical Misconduct. The Arizona Region and USA Volleyball are committed to stopping abuse in Sport - How about You?

To help us with retention of these forms and making sure we have received both forms - PLEASE print the Concussion Acknowledgement Form AND Page 3 of the SafeSport Document BACK to BACK on one page. Sign both sides of the page and submit 1 paper with both forms. We greatly appreciate you helping us with this.

For those players that are 18 or will be turning 18 before Aug 31, 2023, they must take the SafeSport Core Training as part of their registration requirements.  The player can not be be rostered until this is completed.  This is in addition to turning in the SafeSport form. 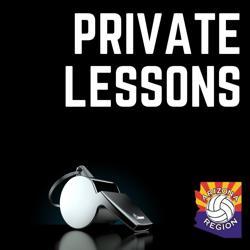 The Rumor Mill is flying fast and furious. Please be careful of what you believe when it comes to information regarding any club - including the one you are talking to. There are a lot of accusations flying about that are meant to keep you from checking out another club or coach. Please take all the rumors for what they are - a veiled attempt to lure you to their club without checking out all the clubs that might be a good fit for you. If you have a question regarding a rumor, please contact the club the rumor is about or the Region Office for clarification. Please don't pass on information (rumors) you don't know about first hand.

IMPORTANT - The age definitions for an age group were modified by USAV in July 2020.  The start dates for an age group are now July 1st from of September 1st.  This removes the need for an age waiver for those with summer birthdates but in the lower grade.  NOTE that fewer age waivers will be considered due to this definition change. NOTE:  For those players whose date of birth falls in July or August, you may be eligible for the lower age group but should plan to play with your recruiting grade.

IMPORTANT - No club may hold tryouts or ask players to commit to their club before the designated tryout dates or they (the club, coach and/or player involved) may be subject to sanction - including but not limited to suspension for the year. Girls in high school that are age eligible for 14's may not tryout on the 14's tryout dates unless they are after the start dates of the 15's and older age groups.

IMPORTANT - Private lessons are restricted during the Open House period for each applicable age group. No private lessons may be held for a player in the age group of the Open House period in effect. The “private lessons” were being abused by clubs to organize teams before tryouts and were also keeping kids from being able to attend other Open House sessions.  Any coach found in violation will result in the affiliated club being fined $300 per person per event.  If the coach is unaffiliated at the time, the club that hires them will be fined.

Private Lessons MAY NOT be held for any age player on Nov 13 - It is a blackout date.

IMPORTANT - After the Arizona Region season is over in May, some clubs may contact your player to join them in attending Volleyball Festival or another season ending tournament. Before you may talk to the other club you must first get released from the club first committed to. Players are not released from their club affiliation for the season until after the date stated in their club contract or the last day of Girls Jr National Championships ending in July - whichever is first. Players that leave a club to join another club without first getting a release from the first club AND the release being approved by the Region are subject to sanction.  There are eligibility issues that would cause the Region to deny a player release.

Please note: articles posted here are by request as a service to our member clubs.  The Arizona Region does not endorse any specific club.  All articles will expire the Tuesday following the 1st day of tryouts for the 15-18's age group.  Weekly extensions are by request only to advertise open positions to players that have not already signed a club commitment.